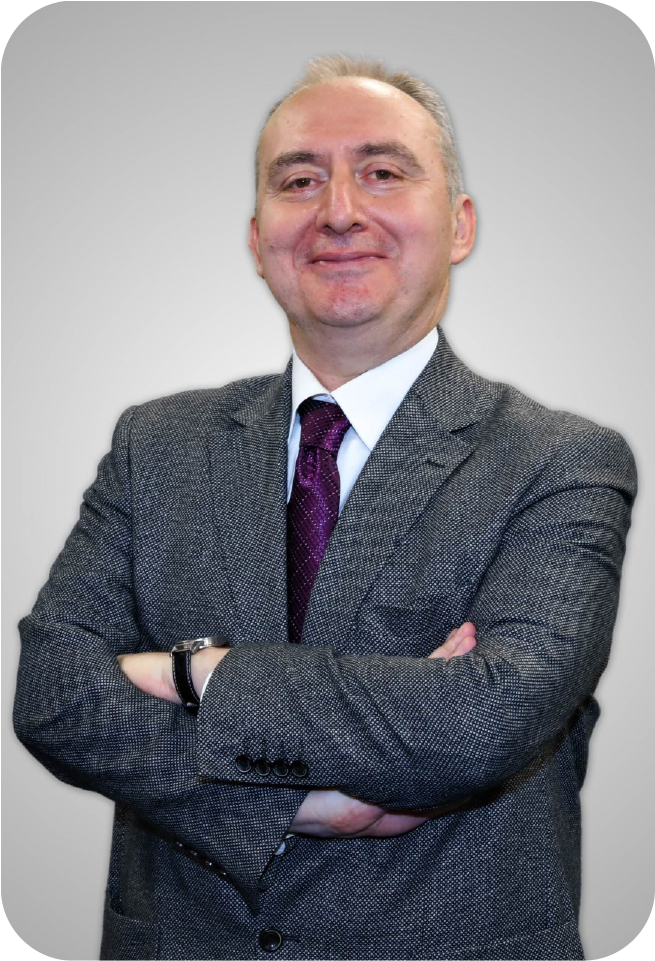 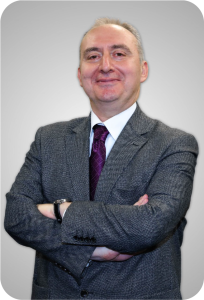 Ömer Kartın who was born in Istanbul was graduated from Galatasaray High School then completed his bachelor’s degree at Boğaziçi University and then master degree at Marmara University. With 30 years of experience in the tourism sector, he is still carrying out work on gastronomical tourism for 20 years. Alakart Tourism that which he has been the CEO and founder for 15 years, works on the high segment -especially in gastronomy- MICE and B2B. Besides his Head of Gastronomy Tourism Specialization title, he has attended various workshops on gastronomy in Bologne, Bordeaux, Bilbao, and Glasgow. Kartin who has established miscellaneous NGOs and managed them, actively speaking English and French, is married and has two kids. 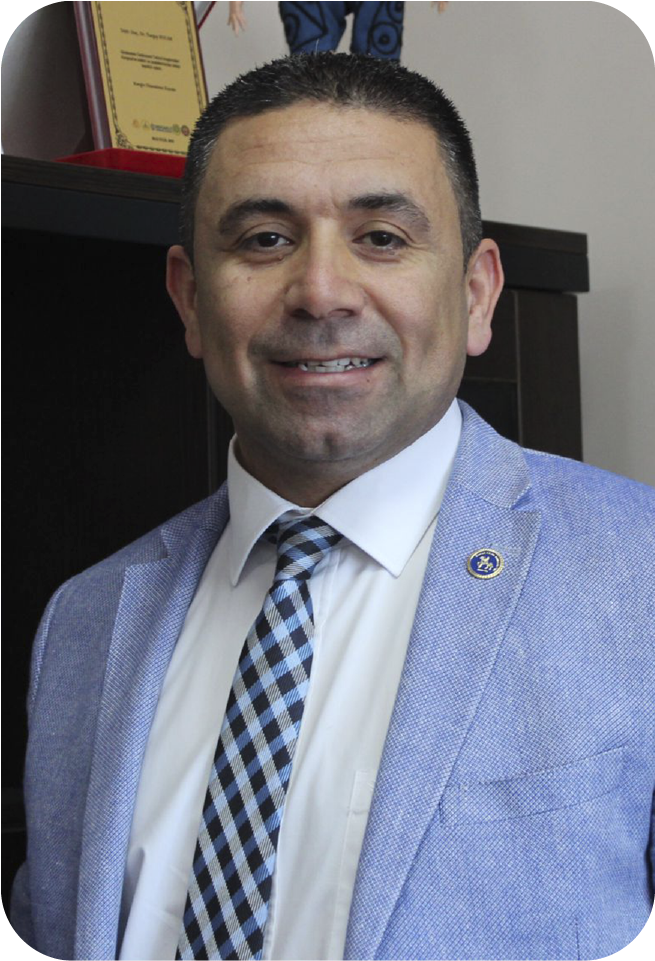 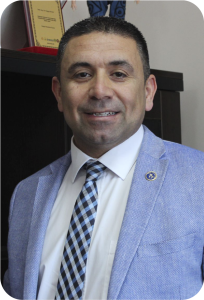 Turgay Bucak has completed his primary, middle, and high school educations in İzmir. He has graduated from the Tourism and Hotel Management department at Çanakkale Onsekiz Mart University in 2000. He completed his master’s degree in Tourism Management at the Institute of Social Sciences at Izmir Dokuz Eylül University in 2007, and later his doctor’s degree in 2012. In March 2018, he has gotten his Tourism Associate Professor title. He has worked as a mid-level or senior manager for nearly 10 years in the tourism sector (such as Hotel Renaissance Polat Istanbul, Izmir Hilton Hotel, Crowne Plaza Hotel, etc.). He left the sector while he was the Head of Foods and Beverages at Izmir BTA Catering Service. He is the Head of the Izmir Chef Association at present.

He works as ISO 2200 HACCP Lead Auditor. He has started his academicianship journey in 2008 at the Department of Layover Management at the Faculty of Tourism, Çanakkale Onsekiz Mart University and he still is an instructor at the High School of Applied Sciences Department of Gastronomy and Culinary Arts, Izmir Dokuz Eylül University also the Head of the Department of Gastronomy and Culinary Arts at Institute of Social Sciences. He has worked as School Assistant Director, Assistant Dean. and High School Director. Awarded with the “Tourism Instructor Award” by Izmir Provincial Directorate of Culture and Tourism in 2012, Bucak, had been in London for 3 months to complete research about Turkish restaurants management abroad and Michelin Star Restaurants. He has various national and international publications on tourism, foods and beverages, and gastronomy. 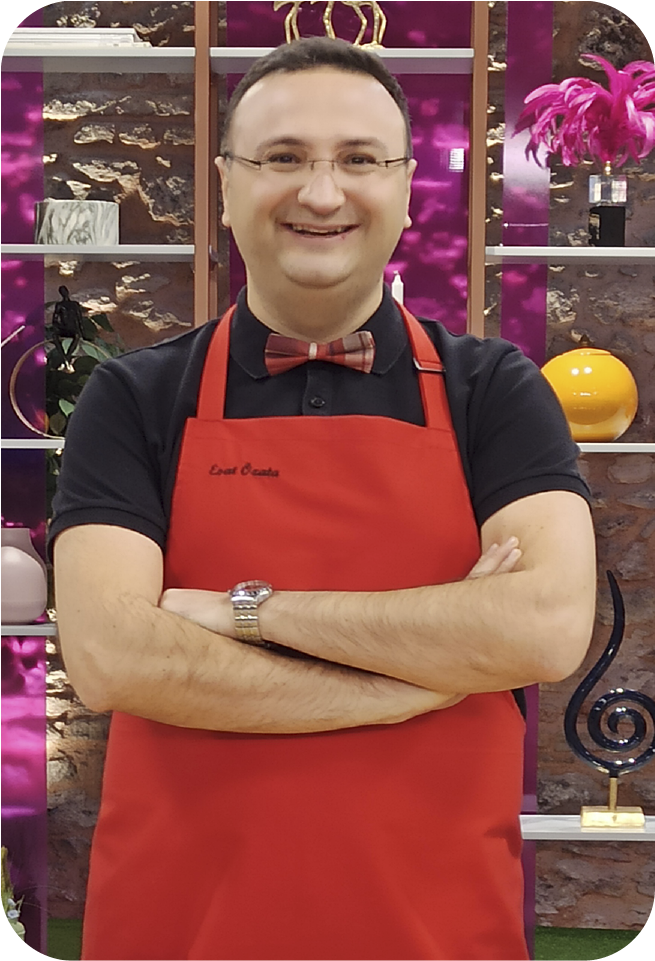 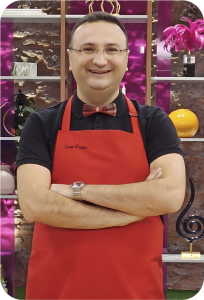 Esat Özata was born in Kırklareli in 1980. After he has done his primary and middle school education in Istanbul, he went to Tekirdağ Hostelry and Tourism High School to get the education in the kitchen and hostelry branch he had been interested in since he was a kid. Then, he has done his high education in order with the Department of Foods and Beverages Management at Ege University, the Department of Tourism Management at Yıldız Technical University, the Program of Business Administration at Anadolu University, and a master’s degree from the Department of Business Administration at Beykent University. His master’s thesis was about foods and beverages. Later, he has done his doctor’s degree in the Department of Gastronomy and Culinary Arts at Gazi University. He completed his doctor’s thesis on “Innovative Product Development Specific to Turkish Cuisine in Context of Modernity” by using emotional analytic techniques. Had done his high school and college internships worldwide hotel chains and worked as a chef at hotels such as Hilton, Barcelo, Swiss, Holiday Inn, and so. Started instructing in 2005 by taking charge as a Chef Instructor at Culinary Arts Academy. Had been the Head of the Cookery Program at Kapadokya Vocational School of Higher Education for 2 years. He carries on his work that started at Beykent University in 2007. He used to be the Head of the Cookery Program between 2007 and 2015 at the same university, and he is now the Head of Gastronomy and Culinary Arts Department, and Dr. Instructer at the same time.

Since 2003, he participated in international competitions in the Turkish Chefs National Team affiliated with the All Cooks Federation. He had won medals in countries such as Germany, England, South Korea, Luxemburg, Serbia, and Russia. Since 2013, he has served as the National Team Director of the Confederation of Cooks and Pastries. He won more than 50 various medals and awards in national and international competitions he participated in. He has presented many papers, Food and Beverage Services, Culinary Services, World Cuisine book chapters, and published articles. Özata, who has been making cooking shows on national televisions since 2005; provides menu and style consultancy services to many restaurants; he also has a cookbook called Pınar’s Cooking Diary with Esat Özata.

Tv Shows He Has Carried: 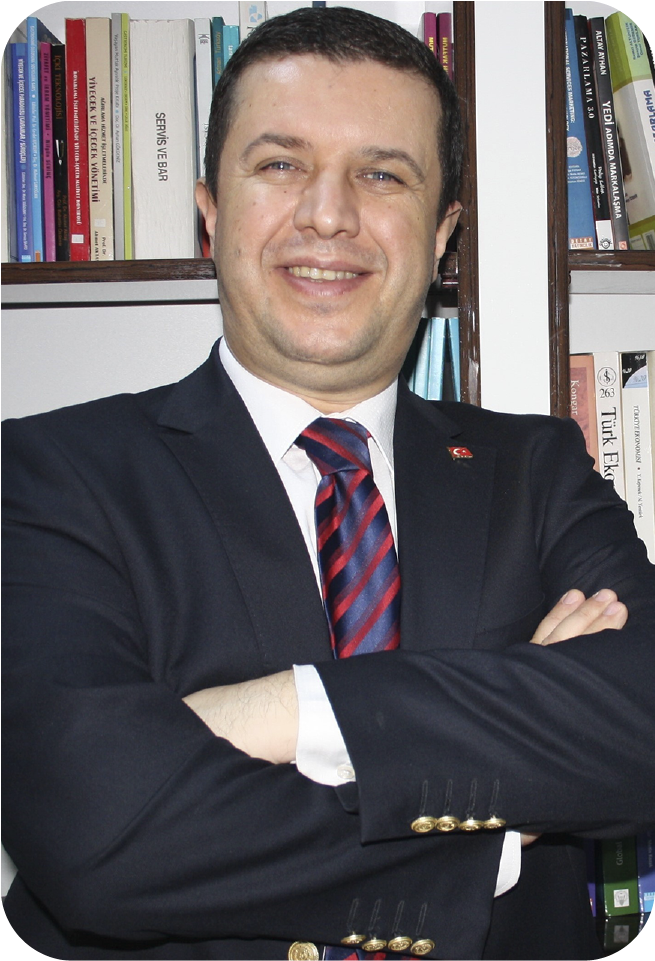 Gastronomy and Culinary Arts at Faculty of Tourism
BIOGRAPHY 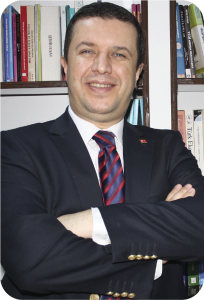 Gastronomy and Culinary Arts at Faculty of Tourism 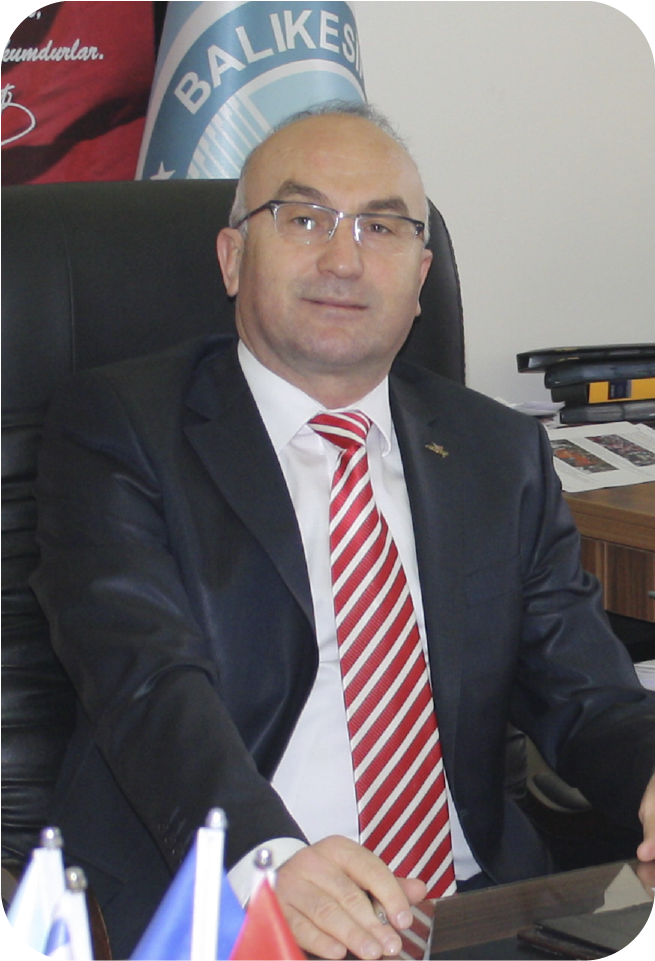 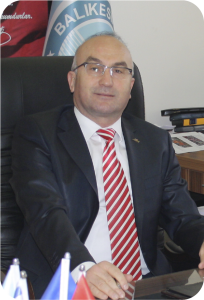 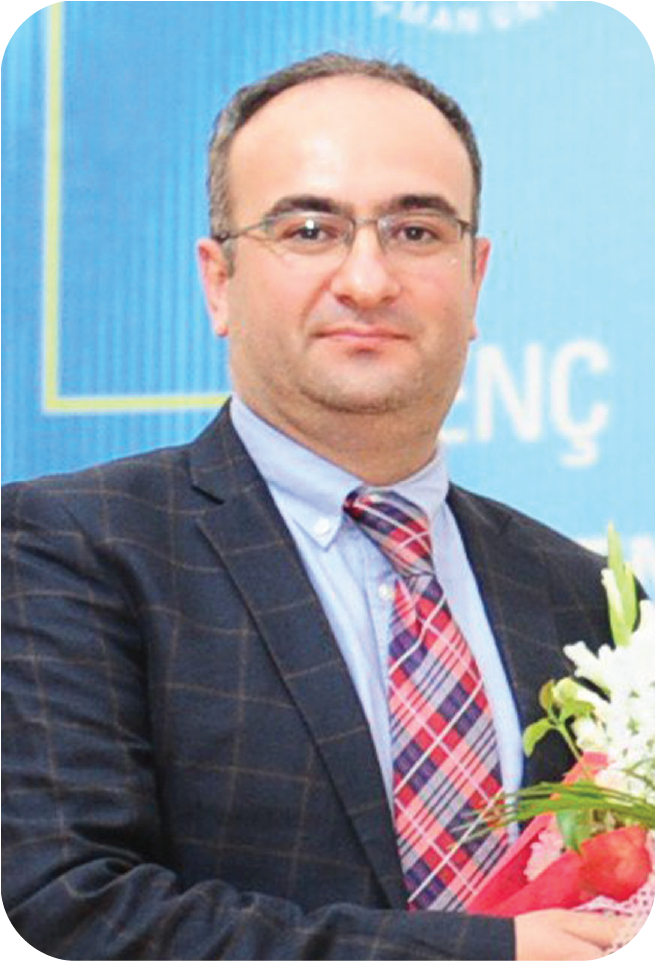 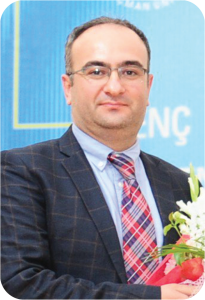 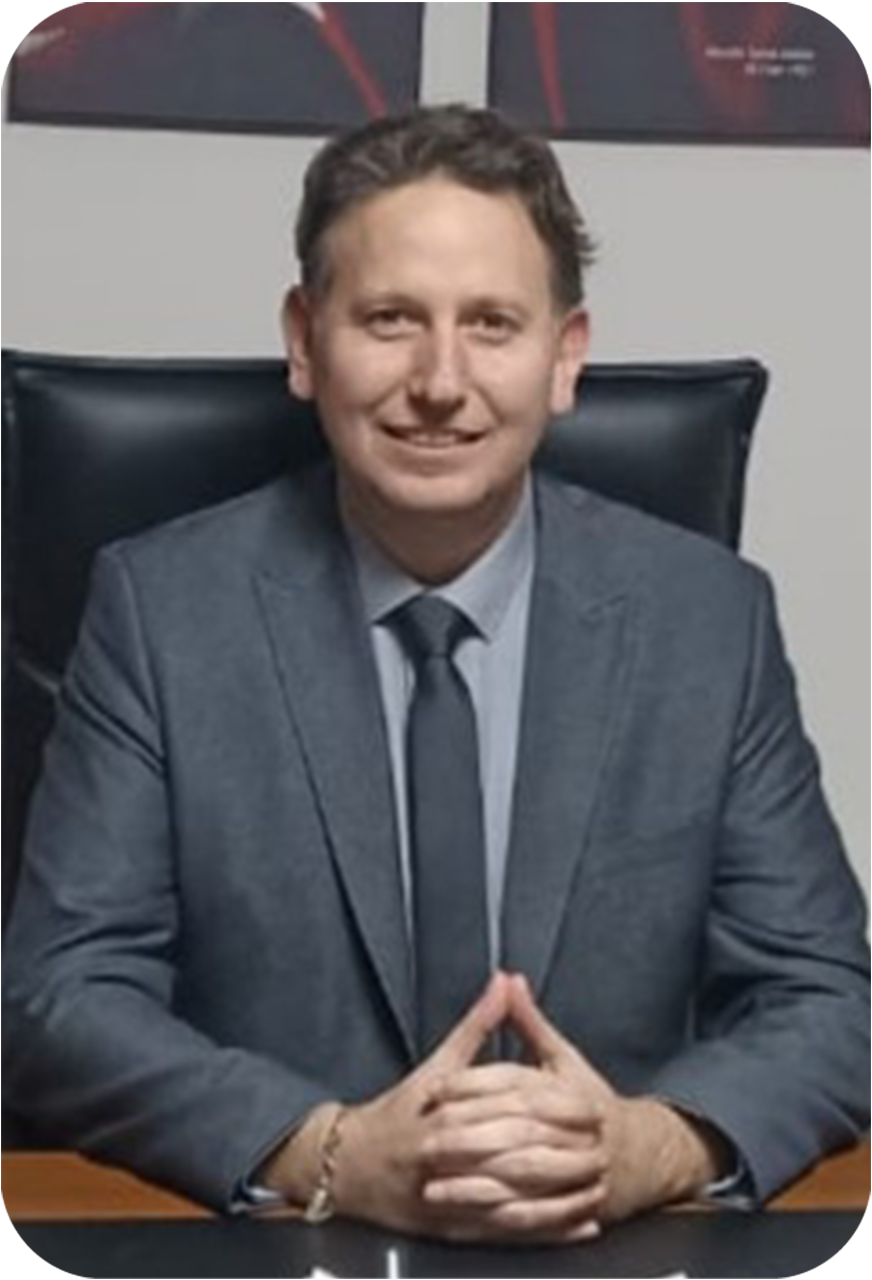 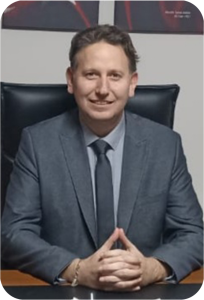 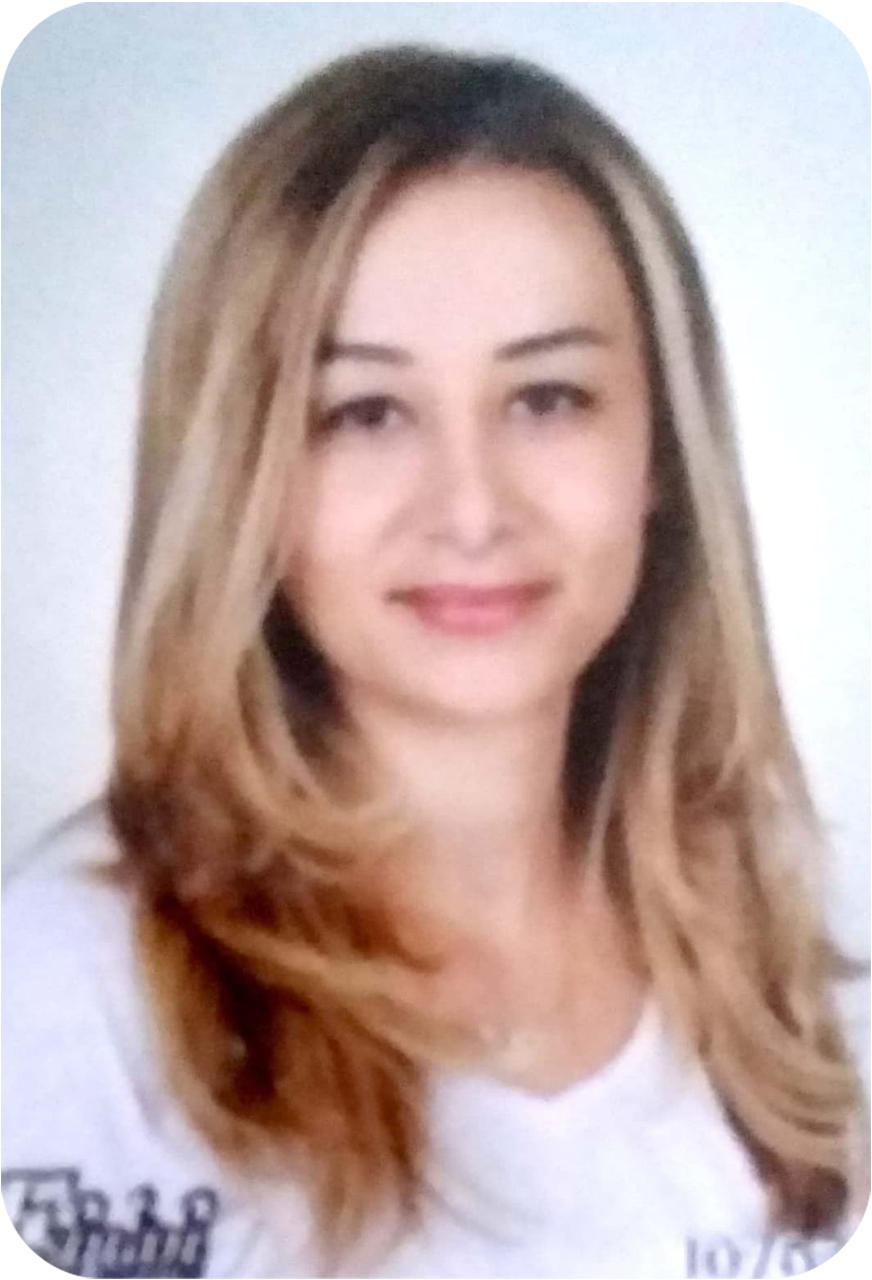 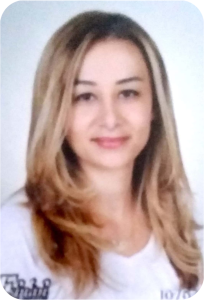 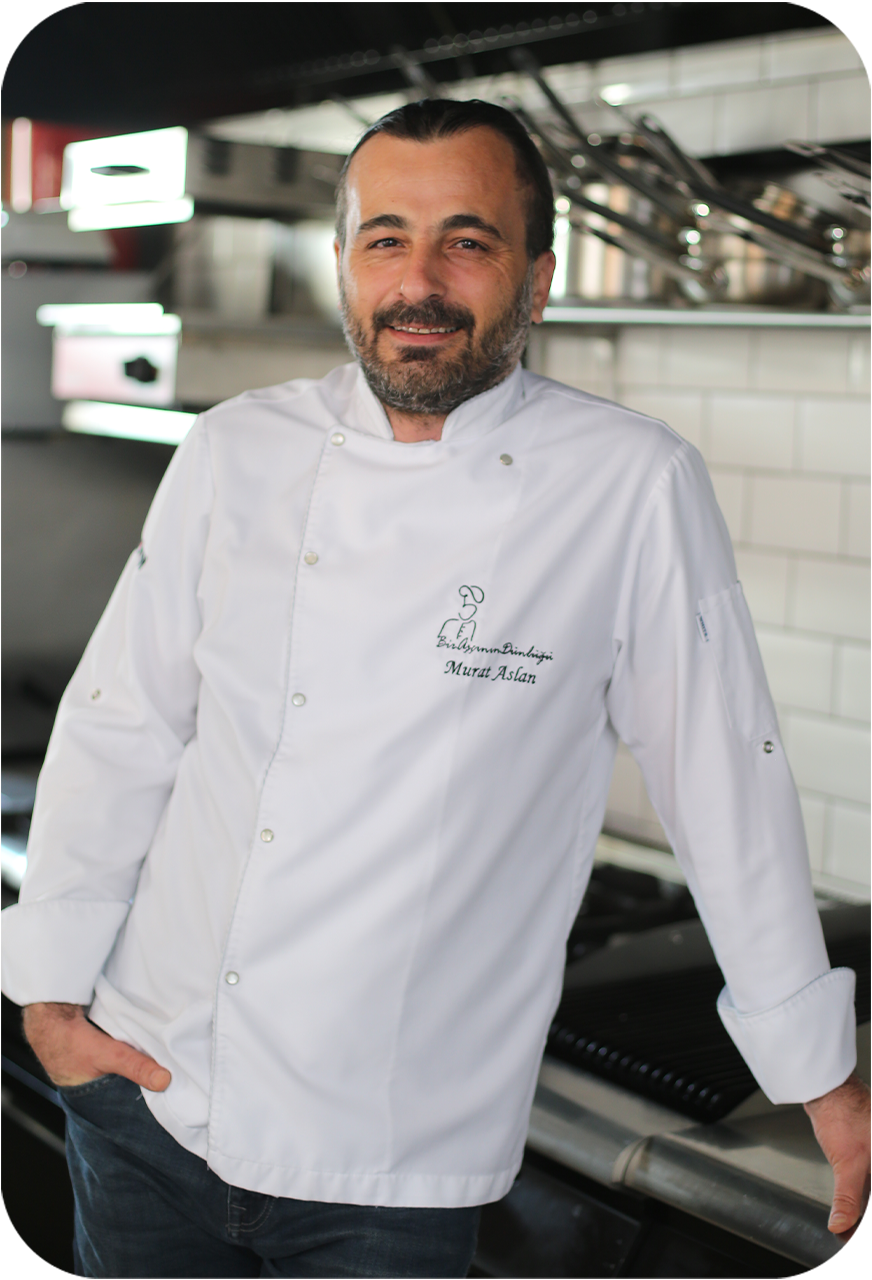 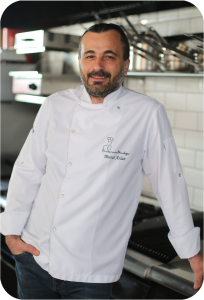 Murat Aslan was born in Balikesir in 1977. After graduating from Anadolu Cookery Vocational High School in 1995, he worked in various five-star hotels in Antalya, and in Divan Hotel and Four Seasons Hotel, respectively. He started at Istanbul Doors Restaurant Group in 2001 as Executive Chef. After working for about three years, he transferred to a hotel chain in Antalya as the kitchen coordinator of four hotels. After Antalya, he established a catering and consultancy company with a team of three people. He has served as a consultant to various five-star hotels and restaurants. He joined Istanbul Doors Restaurant Group in November 2006 as Executive Chef responsible for the kitchens of all restaurants. He left here in February 2010 and transferred to Istanbul Gourmet Group as Kitchen Director. They opened twenty-five of the “Bread’s Restaurants”, the first brand of the group, in Istanbul in three months.

He started Big Chefs Restaurant group in February 2011 as “Kitchen Coordinator”. He currently manages the kitchens of all Big Chefs, Numnum, and Buselik brands with his team. 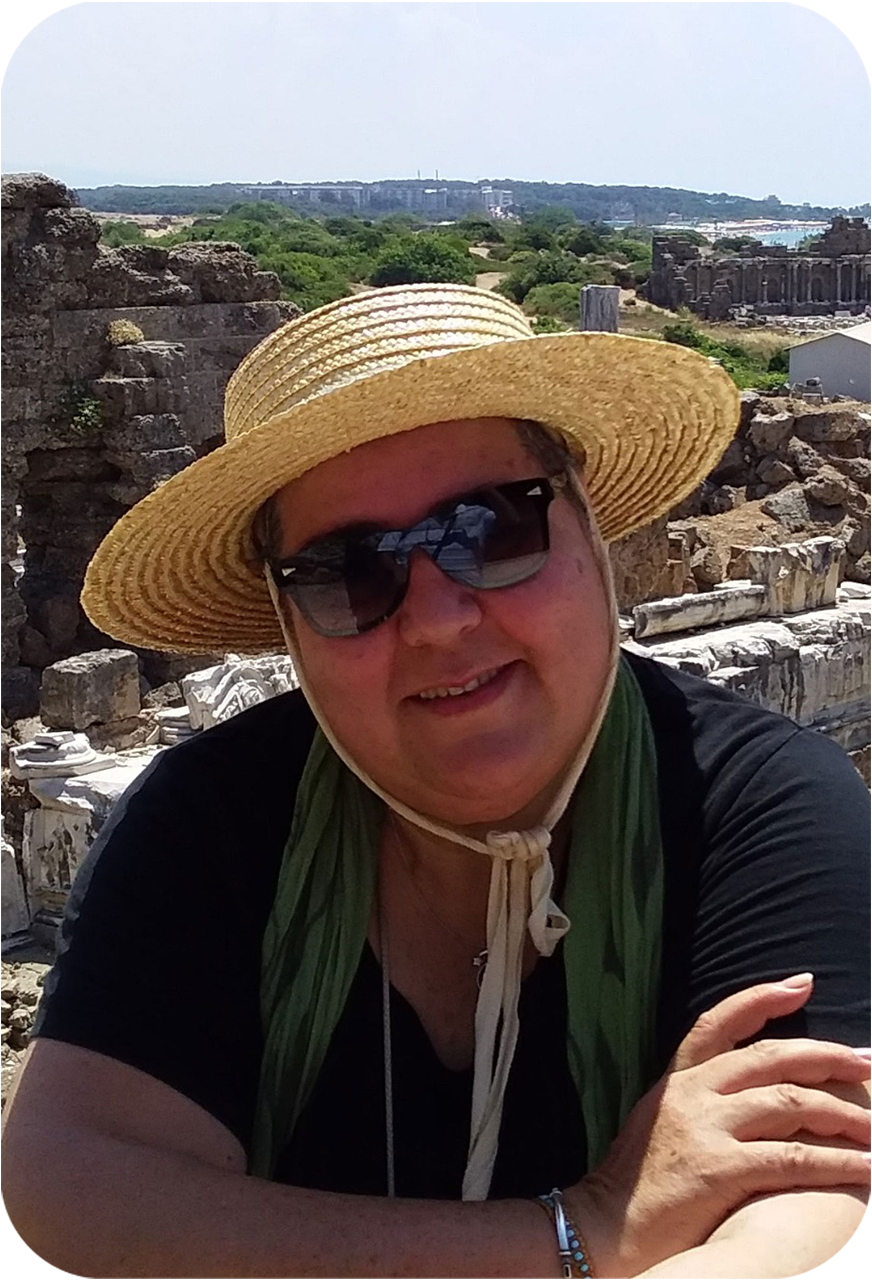 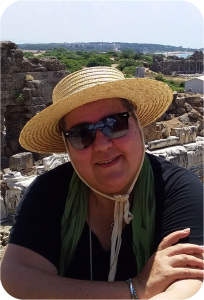 With Siyaz, Turkey’s first Installation House, which she established in Bursa in the 90s, she brought culture and art together with gastronomy, breaking new ground in Turkey.

She clinched his writing adventure with various magazine and newspaper articles, especially on www.ascifok.com. She participated in workshops, TV shows and festivals focused on local nutrition and ecology.

She published her memories of her long journey from Iran and Pakistan to India by land in different magazines and websites in the early 2000s.

In 2013, his book named “Yaşça Hoşça Aşçı Fok’ça Foça Mutfağı” was published, and in 2016, his storybook “Dur Biraz Oturayım” was published. The book “Edremit’in Anaları Zeytin Kokar Sofraları”, embellished with short stories and poems, was also published in 2019. She still continues her work, which includes ancient dishes, local cuisines, and sustainable local customs.

Making flavored soups, sherbet, and syrups that highlight the local characteristics in festivals and festivities and bringing new interpretations to the herbs, spices, and fruits plucked from the bosom of the geographical structure are among the social projects that he cares about the most. 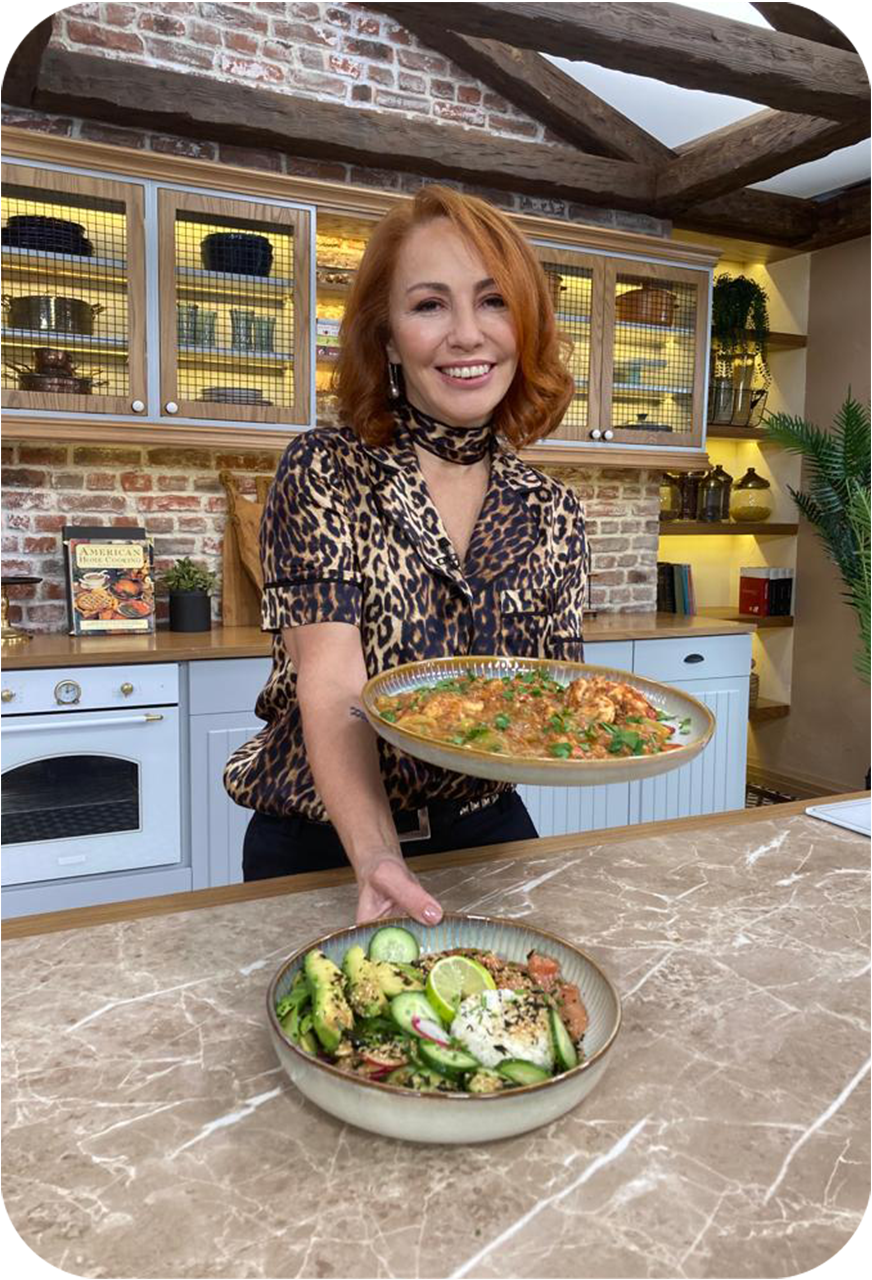 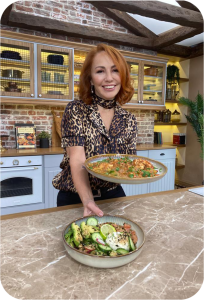 Edes continued her culinary education at Cordon Bleu in Paris between 1989 and 1990.

She has been operating in different areas of the kitchen industry since 1992.

After three years of working experience in one of Washington D.C.’s leading catering companies, “Design Cuisine” Edes returned to Istanbul and established “The Table”, a new concept for special events and parties.

She has been writing recipes, travel articles, and gourmet pages for various magazines and newspapers since 1992.

Elif established the Mutlu Mutfak brand in 2009 and registered it. The award-winning chef has three published cookbooks.

Since 2009, she has done various projects for different television channels. 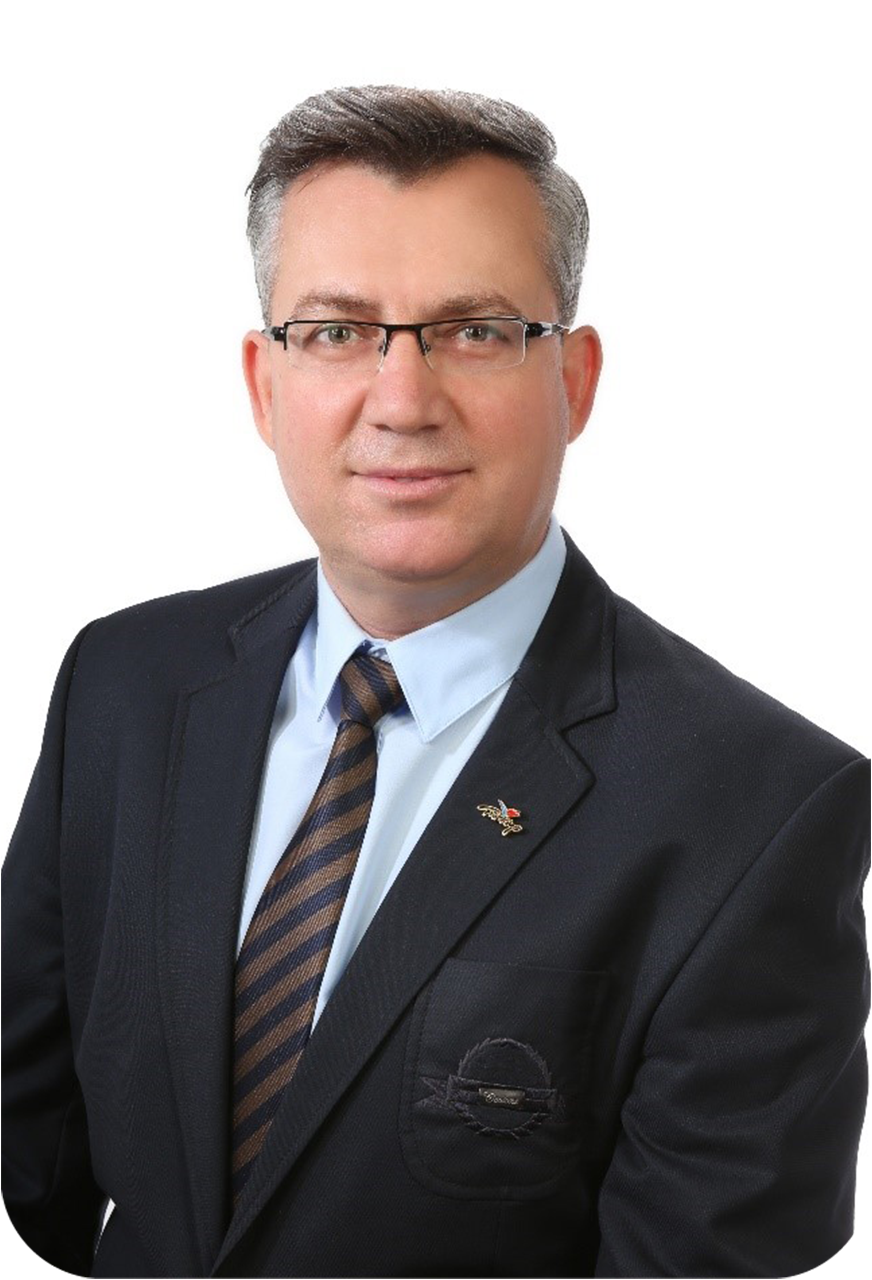 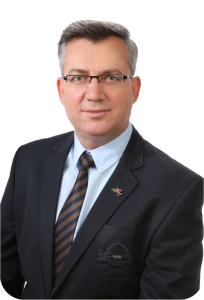 Abdullah Soykan was born in 1967 in Bursa. He completed his primary and middle education also in Bursa. He graduated from Necatibey Education Faculty in 1988. He completed his master’s degree in 1991 and his doctor’s degree in 1994 at Istanbul University, Institute of Social Sciences. Soykan, who started to work as a research assistant at Uludağ University Necatibey Faculty of Education in 1990, became an assistant professor in 1995, an associate professor in 2007, and a professor in 2012 at Balıkesir University. He served as the Deputy Director of Environmental Research and Application Center at the same university between 1995 and 1997, Deputy Director of the Institute of Social Sciences between 1997 and 2000, and Director of Dursunbey Vocational School between 2000 and 2007. He served as Balıkesir TEMA Provincial Representative between 2002 and 2006. He worked as the Director of Continuing Education Application and Research Center between 2011 and 2012 and Balıkesir Provincial Culture and Tourism Directorate between 2012 and 2013. He has been working as the Edremit Civil Aviation School Director since 2017. 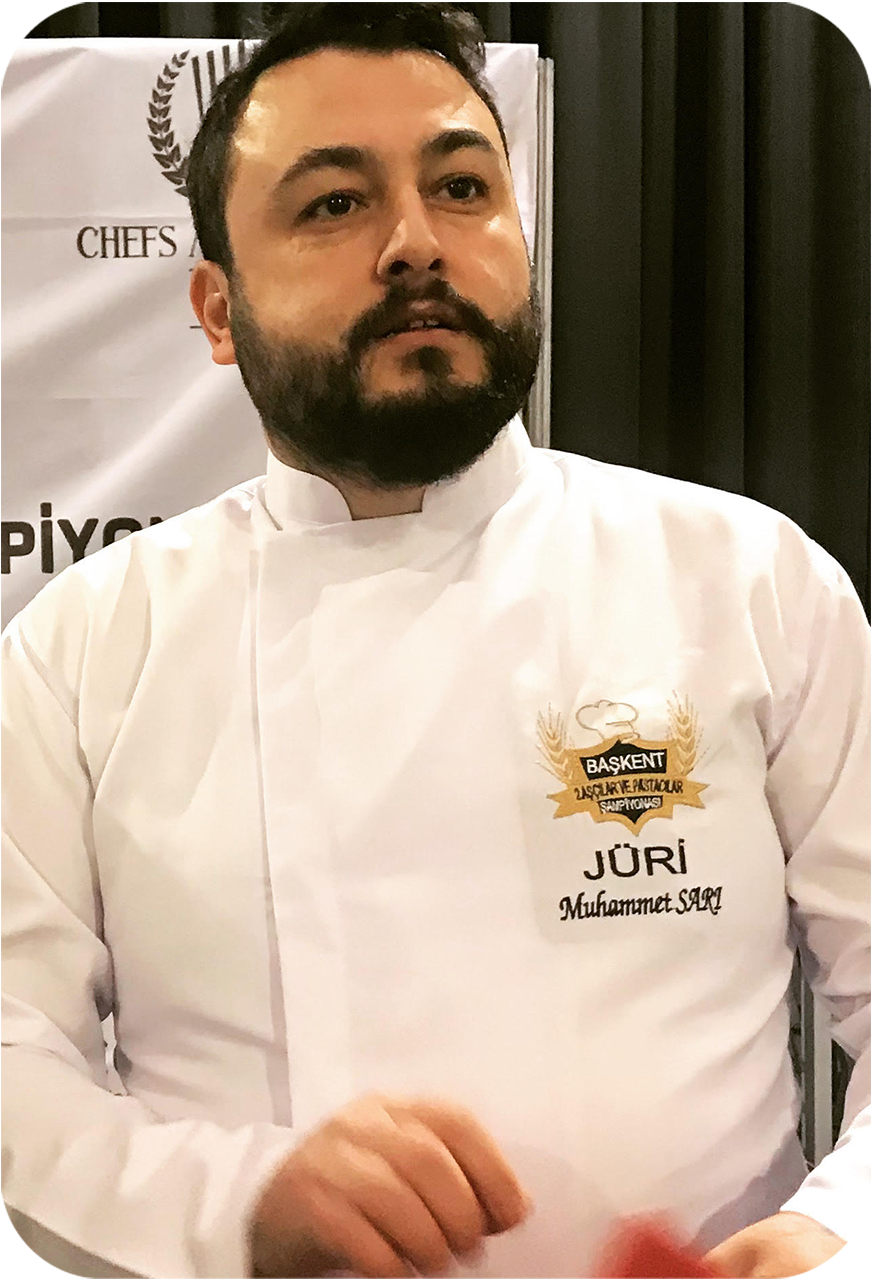 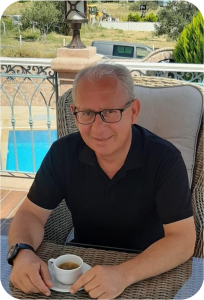 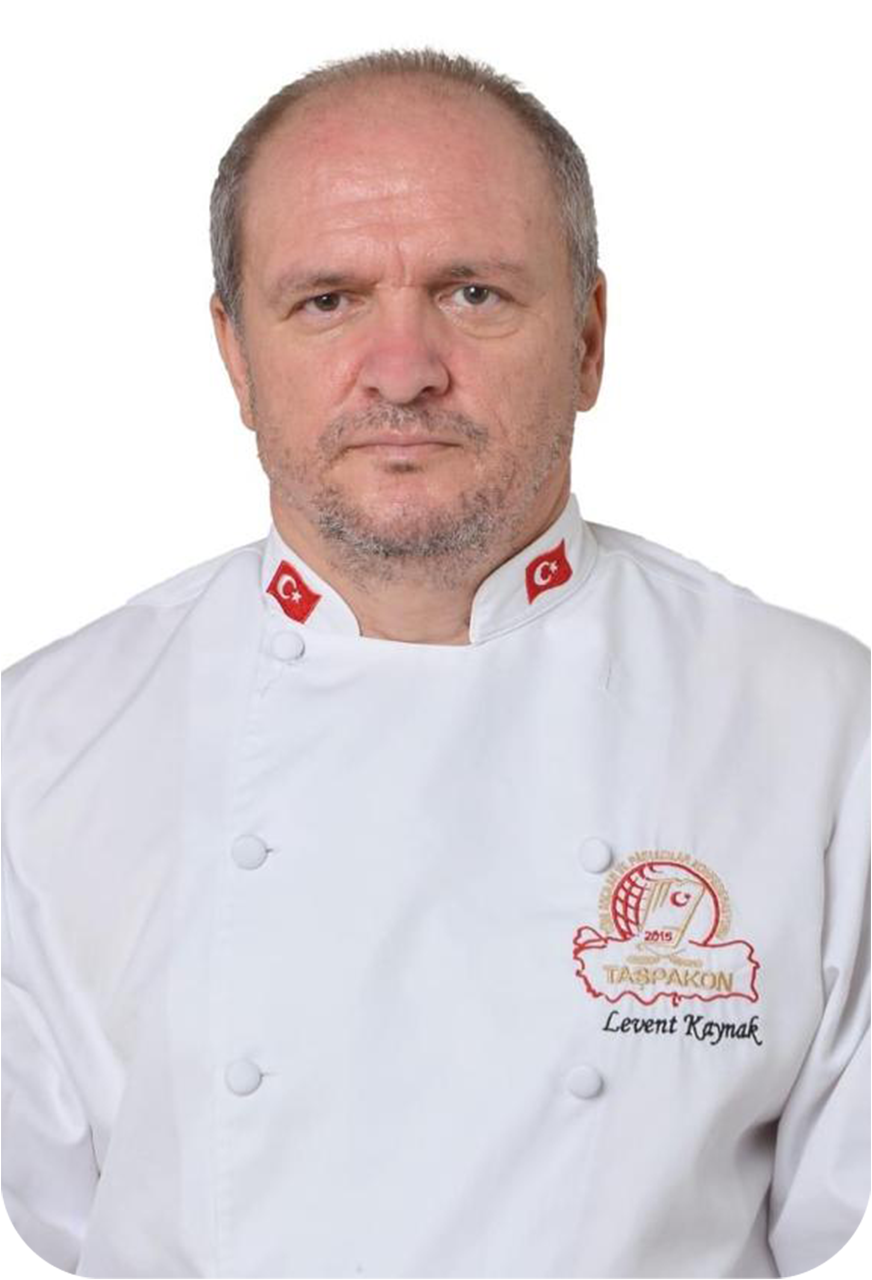 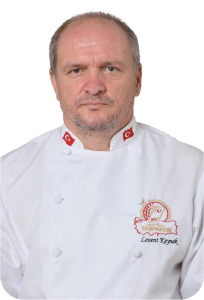